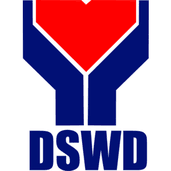 Many thanks to all our friends and supporters worldwide!

With our continuing partnership, the initiatives in Mindanao are steadily growing strong and meaningful. Pasali’s work in partnership  with mainly Moro and Indigenous people, farmers and urban poor communities  in seven municipalities of Palimbang, Kalamansig, Lebak,  Maitum, Kiamba, Maasim, Alabel and the City of General Santos, is supported by international agencies including EED Germany, CORDAID Nederland, and CRS of USA. Also, PASALI works with UNHCR in studying and addressing the issue of statelessness of a particular group in Southern Mindanao. Another special project is the implementation of the conditional cash transfer program to 1000 selected needy families within the covered areas with the Department of Social Welfare and Development (DSWD).

In 2012, an amount of Euro 3.500 (165.000 Pesos) was raised during the farewell party of Mr. Fried Frederix as Director of Flynth, Netherlands. These funds were used to startup agroforestry development for the Manobos in Biao.

From communities without sufficient food and surviving on shifting agriculture and illegal logging, these communities are now producing their own food and are on their way to achieving food security and to having enough income to take care of their basic needs like health and education for their children. With the support of Pasali and friends they are making real changes in their lives. From one community in Biao in 2008, there are now 5 adjacent villages developing in the same direction and many more IP communities want to replicate this model.

Special thanks also go to our monthly contributors Lily Frederix and Leonoor Kuyk who have been our supporters for several years.

Last summer 2010, friends who attended the 25th wedding anniversary of Brid & Nonoi and Mariet & Nonoy, raised funds for the Biao community. Friends from Ireland, Netherlands, Germany, US and Philippines collected 38,000 pesos that was used to develop and produce a corn mill and sheller which removes the grain from the cobs.

These contributions are complements our work in Palimbang, letting us receive funding from EED and Cordaid Netherlands for the agricultural development of Biao and other IP and Moro communities in Palimbang.
​Migrants’ initiative  transforms community through enterprise, technology and people empowerment
Powered by